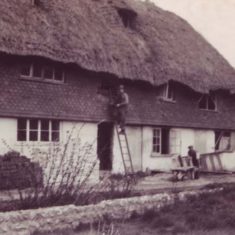 Brook Cottages being thatched, probably in the 1930s thanks to Morley Horder 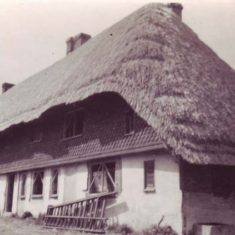 These cottages were restored and thatched in the 1930s by Horley Morder, who bought them in a dilapidated state. 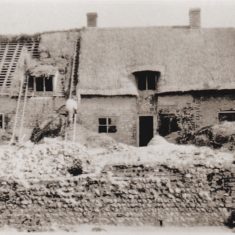 Paupers and Kews Cottages were rescued from delapidation by Morley Horder in the 1930s. 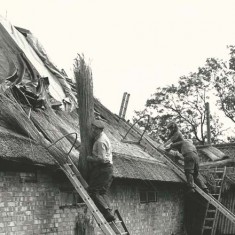 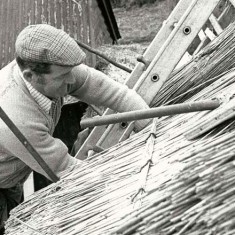 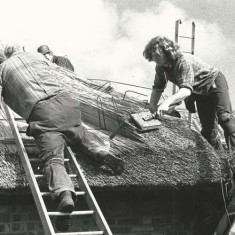 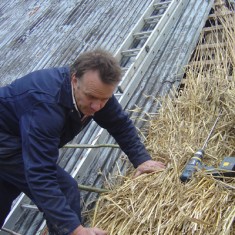 Lyle Morgan, master thatcher who has done much recent work in the village. 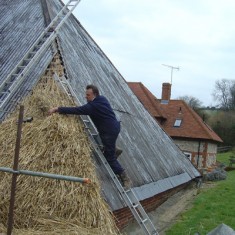 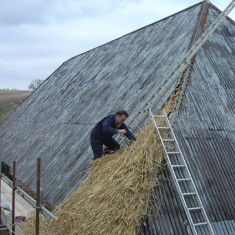 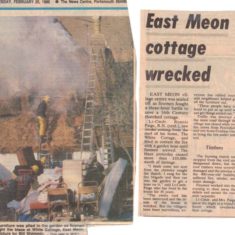 February 1996, the thatch at The White Cottage caught fire. It was occupied by Commander Ronald Page; villagers helped him evacuate his furniture.
Portsmouth News 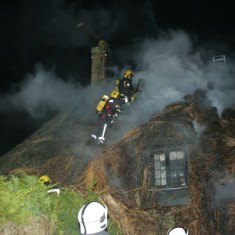 They began by creating a break in the thatch in order to prevent the fire spreading to the adjoining properties. (Petersfield Post photo)

Thatched roofs have been a feature of East Meon since the Middle Ages, and are still common. Lyle Morgan is a master thatcher.