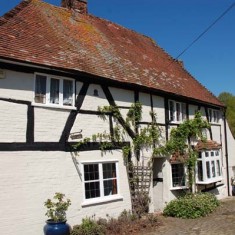 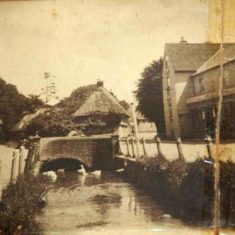 Looking east towards Hockley Cottage (since burned down) and Forge Sound. Parsons Store on right. 1920s? 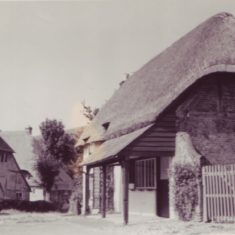 The porch of Riverside had a hatch which was let down by Mr Wyatt to serve his meat. 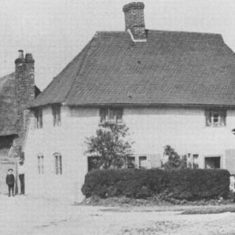 The cottage to the left of Forge Sound, then named Hockley, was later. burned down. Mr Wyatt, the butcher, operated in Riverside on the right. Probably 1920s 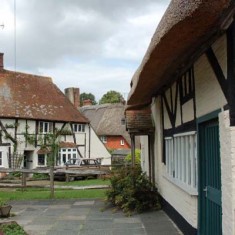 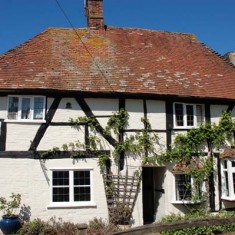 The eastern wall of Forge Sound, showing the passing braces which form the single aisle construction. 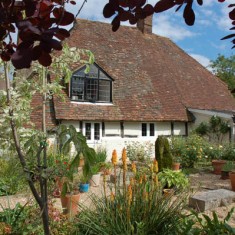 The west side of Forge Sound, and its garden. 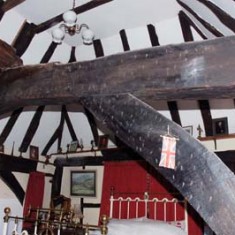 Upstairs room in which the construction of the roof beams has been exposed, showing the sans purlin framework. 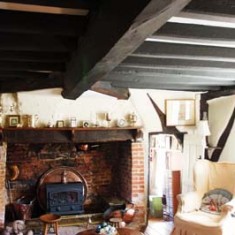 Sitting room with inglenook fireplace (likely to have been installed in the 17th century). 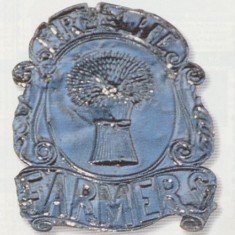 Fire Mark on Forge Sound: ‘Farmers Fire and Life Insurance Company’. In the 18th and 19th centuries, houses with insurance against fire mounted these fire marks on their outside wall, to indicate to the fire fighters employed by the insurance company that they should attempt to put the fire out. 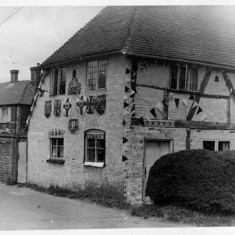 Bunting on Forge Sound, celebrating the Queen's Coronation in 1953. The cottage visible in older photographs is no longer there.

Forge Sound, with its neighbour Riverside, is one of the oldest remaining structures in East Meon, dating back to the first half of the 14th century. For more detail about Forge Sound click here.