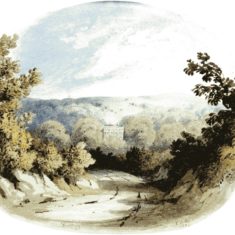 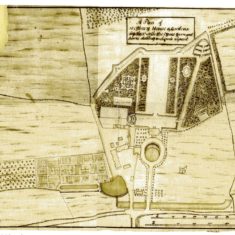 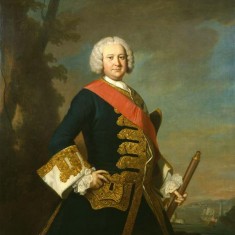 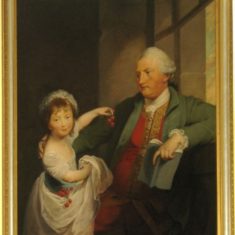 Henry Hall, 4th Viscount Gage (1791 - 1877) with. his daughter Suzannah. The warren family, which owned Westbury, had married into the even wealthier Gage family and Westbury because the junior residence for members of the family.
Firle Place Estate 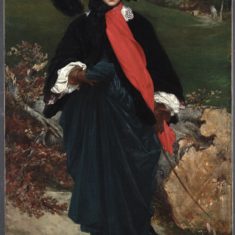 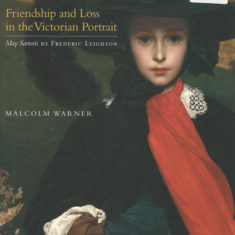 Malcolm Warner was curator of the Kimbell Museum and asked EMHG to locale the portrait of May Sartoris. 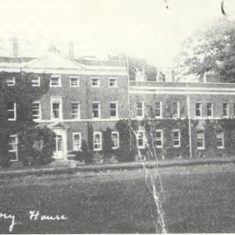 The house before the devastating fire of 1904. It had originally been built at the start of the 1690s by Richard Markes of Petersfield.

Staff of Westbury House in 1895, before the fire.

Colonel Leroy-Lewis in dark clothes, with his wife and son among the Westbury House cricket team 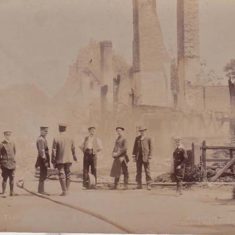 The ruins of Westbury House on the morning after the fire in November 1904. 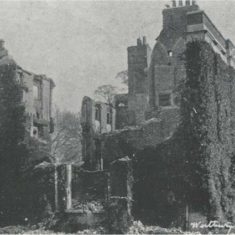 Westbury House after the fire of November 1904; the Times reported the gallantry of Le Roy-Lewis in rescuing members of the household staff. 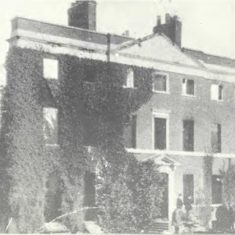 The last remains of the Palladian manor house . 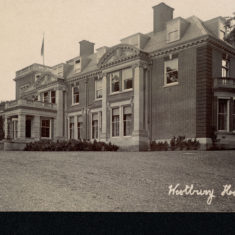 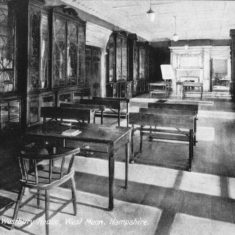 Le Roy-Lewis put Westbury House on the market in 1918, and in 1924 it became a boys; school, This shows a study facility in the magnificent library. 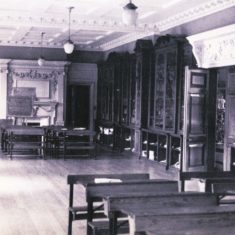 Another view of desks in the library. 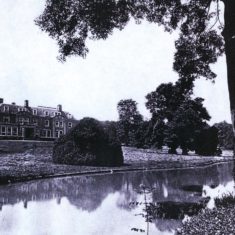 The lake was used as a swimming pool. 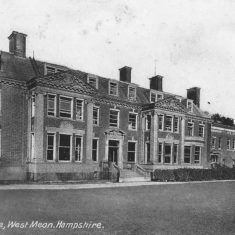 Although the post card reads 'West Meon', and the House is very close to the village of West Meon, it is in the parish of Eaat Meon.
Jane Manners 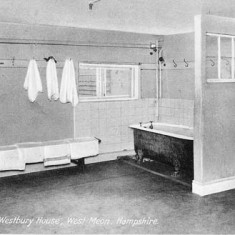 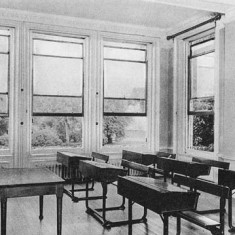 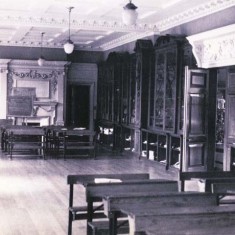 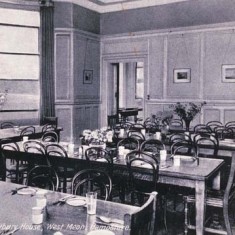 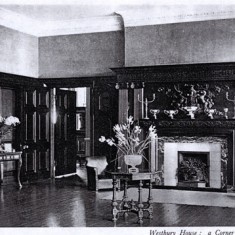 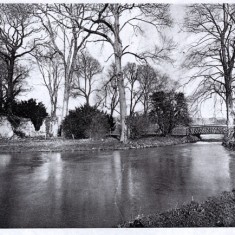 Remains of Chapel of St Nicholas in the grounds to the north.

Although Westbury House is close to the border West Meon (and has been the home of lords of West Meon manor) it is in East Meon parish and has a long and colourful history.