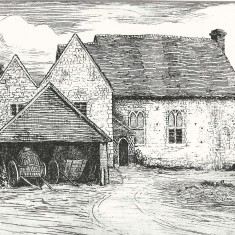 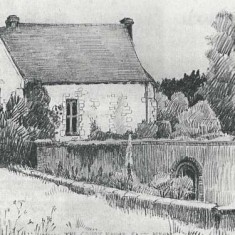 The Hall at the Court House

1900s post card of the Hall at The Court House, used as farm buildings. 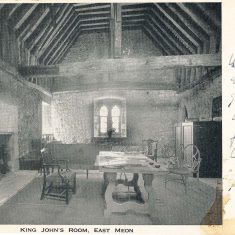 The 'solar' at the north end of the Hall was reserved for the Bishops' private use. It is believed that King John visited in the 13th century. 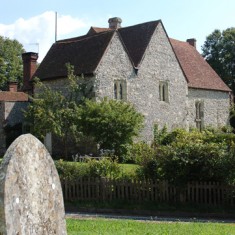 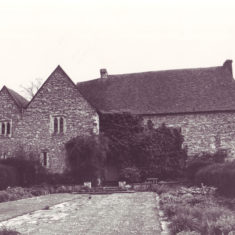 Photographed after Morley Horder had converted the farm yard to a garden, possibly in the 1930s 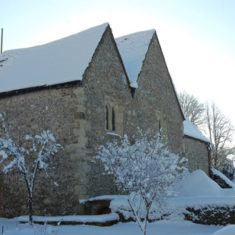 The Hal photographed in January 2010 when the village was blanketed in snow for ten days.
Michael Blakstad 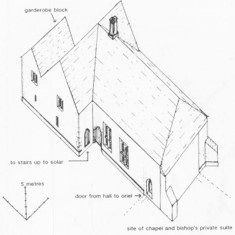 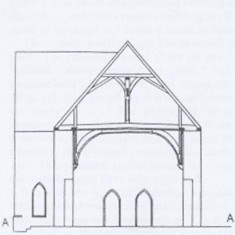 Edward Roberts elevation of south side of The Hall. 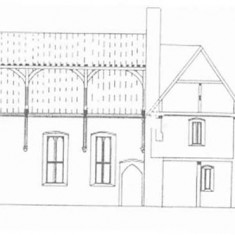 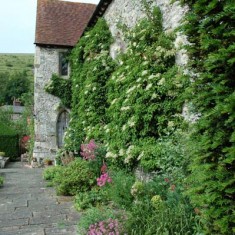 Wall of the Hall showing door to the staircase. 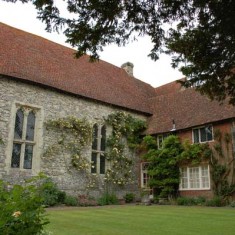 East wall of the Hall 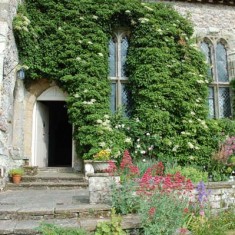 Western doorway of the Hall 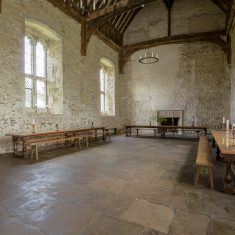 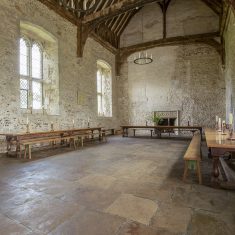 Another photograph of the interior of the Hall
Chris Warren 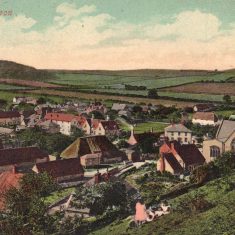 This 1912 postcard shows the farmyard and buildings at Court Farm. 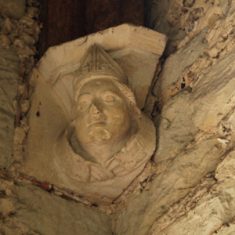 Possibly William of Wykeham, who built the Hall. 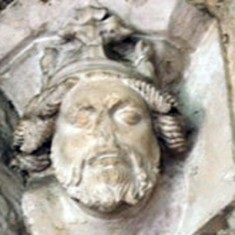 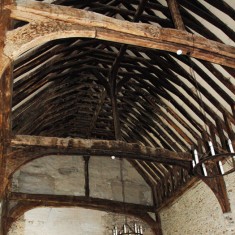 Roof Interior of the the Hall.The beams came from Durford Abbey,
Michael Blakstad

Along with All Saints Church, The Hall at The Court House is one of the most historic buildings in East Meon. It was the seat of administration by the Bishops of Winchester of their largest estate in Hampshire and the dwelling place of the famuli – the Bishop’s staff; the curia was the farming headquarters for the estate, with a tithe barn and a manorial barn. The Bishops themselves visited it infrequently, usually to enjoy hunting with guests; their stewards held Courts Leet and Manor Courts in the Hall.Today’s Hall was bulit in 1395/7 by William of Wykeham on the site of a Saxon hall, it was  restored in the first half of the twentieth century by the Arts and Crafts architect Morley Horder and is today  owned by Clare and George Bartlett. There are extensive reports on the history of The Court House, its Hall and Farm, throughout the website and in Farming the Valley.